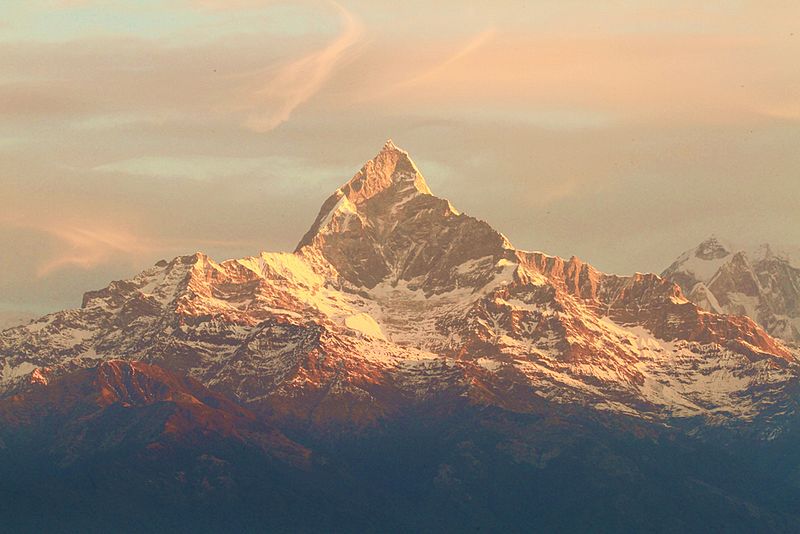 Machapuchare, also known as “Fish Tail Mountain” is the majestic peak in the Himalayas which is termed as the most untouched place on Earth. Machapuchare got its name from its top that resembles the tail of a fish. It rises nearly 7000 metres above into the clear blue sky alongside Nepal’s rugged Annapurna range.

Unlike some other well-known mountains in Nepal and Tibet, which start their skyward climb high amongst other mountains, Machapuchare’s spectacular beauty is stressed by its steep, sheer and rapid rise from the lowlands below. Lying just across the Modi Khola in Pokhara which is about 28 kilometers from Phewa Lake it’s a full 6000 metres higher. It is one of the most photogenic mountains in the world covered in thick snow blanket. The mystical Fishtail is an unforgettable sight when touched by the early morning rays of the rising sun. Its name in Nepali means ‘fishtail’ – indicating the mountain’s twin peaks and notched summit.

Fish Tail Mountain is a sacred peak in the Hindu religion, associated with the Lord Shiva, who is supposed to live on the peak. Hence, the climb is restricted here and one can only wish to climb its summit. Officially, Machapuchare has never been summited, making its ethereal heights one of the least-visited places on Earth. 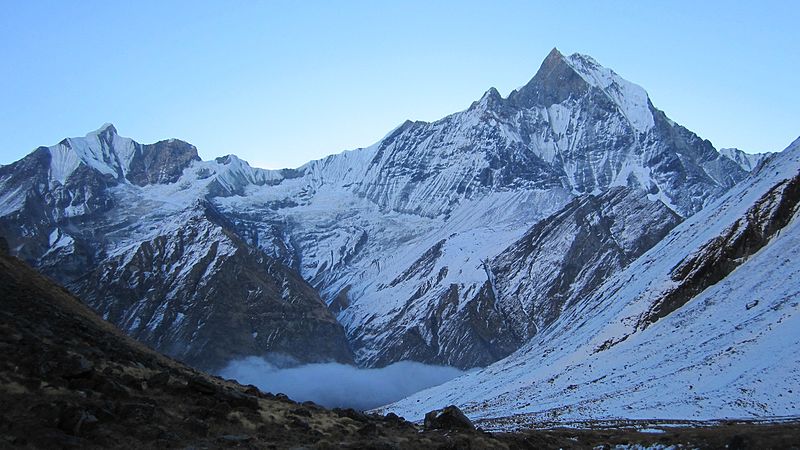 In 1957, the attempt to climb the summit was made by a British team under the leadership of Jimmy Roberts. Wilfrid Noyce and his companion A.D.M Cox climbed up to 50m of the summit through north ridge but didn’t continue to the top. The King of Nepal had asked Noyce to respect Hindu religion and not to climb the actual summit. The mountain has been declared sacred since then and the climb is restricted.

Once New Zealand climber named Bill Denz climbed the mountain alone. He had made other illegal climb in his career before he was killed in an avalanche on Manaslu in 1983. But no one knows if he actually set foot on the peak of Fish Tail Mountain 30 years ago.

Machapuchare’s geological genesis story is magically shaped by the collision of the Indian tectonic plate with the Eurasian landform around 50 million years ago. Amongst the highest mountains on Earth, well-preserved fossils of marine creatures lived on the seafloor thousands of feet down and millions of years back. 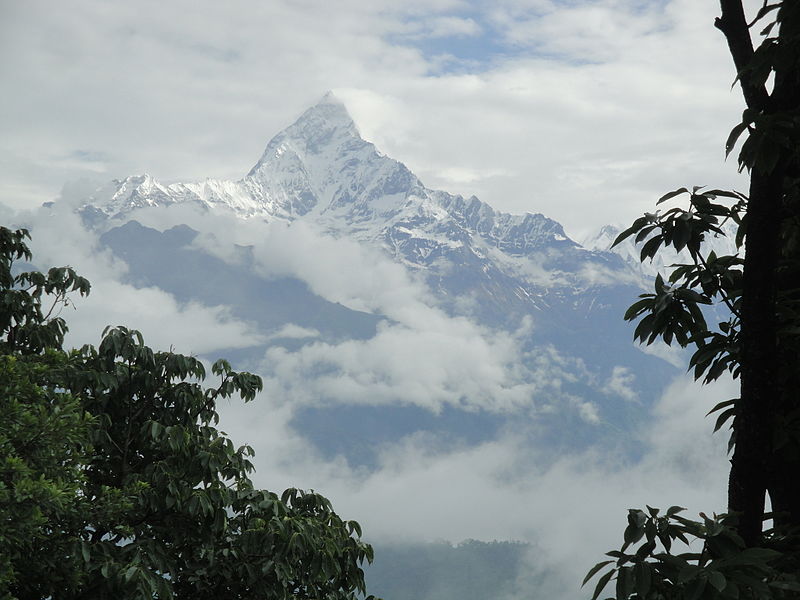 With other mountains becoming increasingly covered in trash, the climbing ban means Machapuchare will remain one of the last places on Earth truly beyond our reach. Although you can’t climb, its possible to stay overnight in base Camp and explore surrounding sanctuary surrounded by Annapurna South, Hiiunchuli and Machapuchare itself.