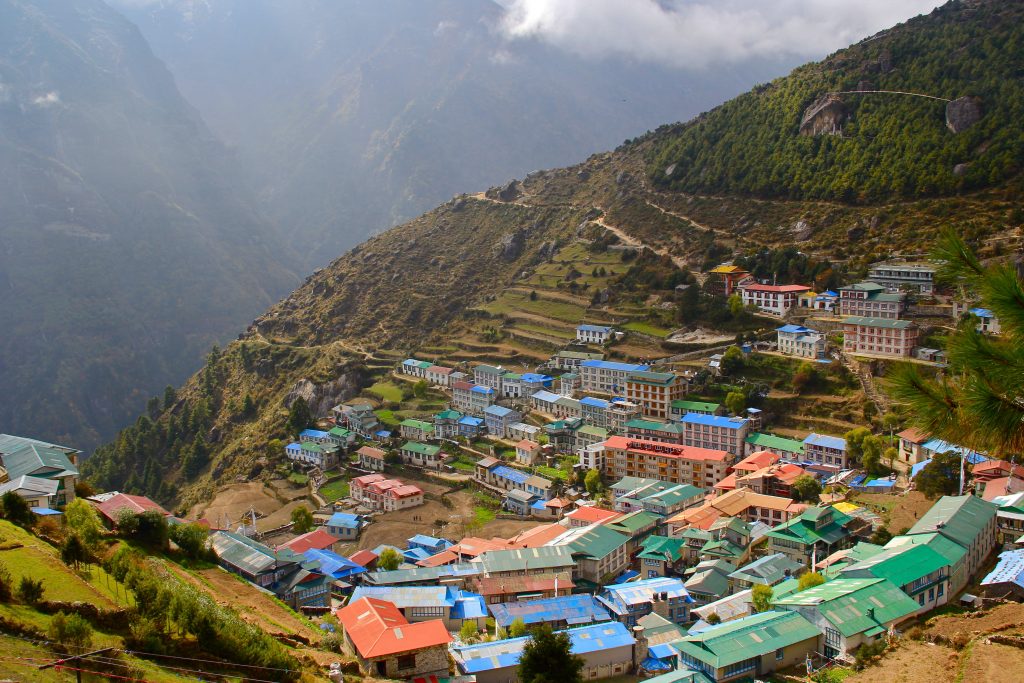 Namche Bazaar, popularly known as the gateway to high Himalayas of Mount Everest region, rise to an altitude of 3,440 meters. Namche Bazaar is a beautiful village in Solukhumbu district of north eastern Nepal. It is a small town in lively tourist zone and trading hub of the Khumbu region which is an edge to all sides of gigantic mountains.

Namche Bazaar is well-known for being the first acclimatization spot on the way to Everest region trekking. Tourists spend at two nights in Namche as a part of acclimatization and continue their expedition to Mount Everest, Gokyo and many other destinations.

Namche Bazaar used to be a very rustic place before the successful ascent of Mt. Everest by Sir Edmund Hillary and Tenzing Norgay Sherpa in 1953. Since then it has been a busy hub and drew global attention and the number of tourists gradually increased. It has become a active tourist zone where economic exchanges have completely replaced the barter system.

During the acclimatization period in Namche, you can

Namche is the central spot for selling and buying dairy products brought from neighbouring districts Khotang and Bhojpur. Tourists mostly buy the traditional handicrafts, including woolen, wooden and metallic products as souvenirs to the homeland

Namche Bazaar holds an annual Buddhist festival called dumjee, which has been a major attraction for tourists in recent days. It is celebrated also in other Sherpa villages but specifically that of Namche is quite special due to presence of a variety of people.