Kantipur (from kanti light, pur city) was a medieval kingdom in the Malla confederacy of Nepal. The name of the kingdom was derived from the Sanskrit name of its capital city, now known as Kathmandu.

It was only a few decades ago that ancient Nepal opened up its border until then due to the commands of the ruling Gurkha dynasty the home of the divine was totally isolated. The foundation of Kathmandu formerly known as the country took place during the first third of the eighth century, this majestic city was at zenith between the 16th and 18th centuries. In the heart of the city is Durbar Square, this is where the country’s royalty resided until 1998 and where the most important festival takes place. The discovery of the wheel ended the middle ages in this country of myth and legend that for hundreds of years had previously been artificially maintained by its ruling Monarchs. This group of the temple was designated by UNESCO as a World Heritage Site, these scared buildings encompass Nepalese religious belief and culture. 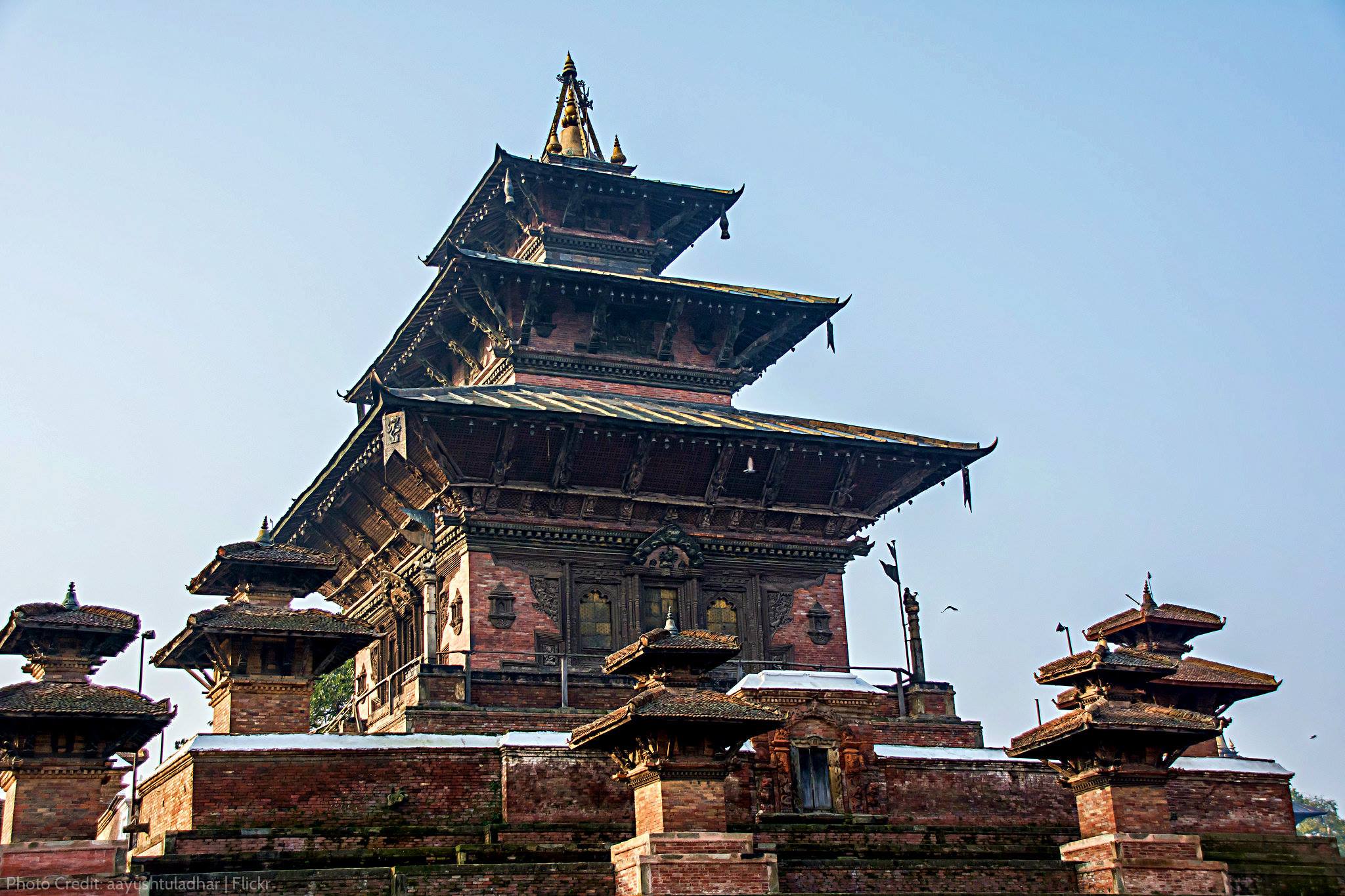 Talaju is located above a large number of steps the mightly Talaju temple tower above all other architecturally this temple mountain highlights the exceptional importance of the goddess, precious ornaments, and gilded windows decorate sanctuary. This temple dates back to 4500 AD, it elevated the art of building and was successfully copied by other cities in the valley. The former palace area of the Malla Rulers is still the true center of the city as is customary in Newar cities, royal building and religious temple are tightly packed together.

At its center is the ancient palace of Hanuman Dhoka of which only a handful of its 35 or more royal rooms are open to the public. The palace derived its name from the richly adorned gate that was dedicated to the monkey god Hanuman as a protective deity it was deemed that he would prevent evil spirits from entering the royal palace. Most of the palace main features were built during the Sixteenth Century and were subsequently enlarged and renovated the entire complex extends to the Bazaar. Unfortunately, the main part of the palace was destroyed during an earthquake in 1934 and in 2015. Stone buildings and wooden pagodas collapsed and were destroyed. In spite of the country’s colorful variety of beliefs, the tolerant attitude of each of its religious has assured the peaceful coexistence of many different ethical groups. People from all over Nepal visit Durbar Square unchanged for many centuries here. 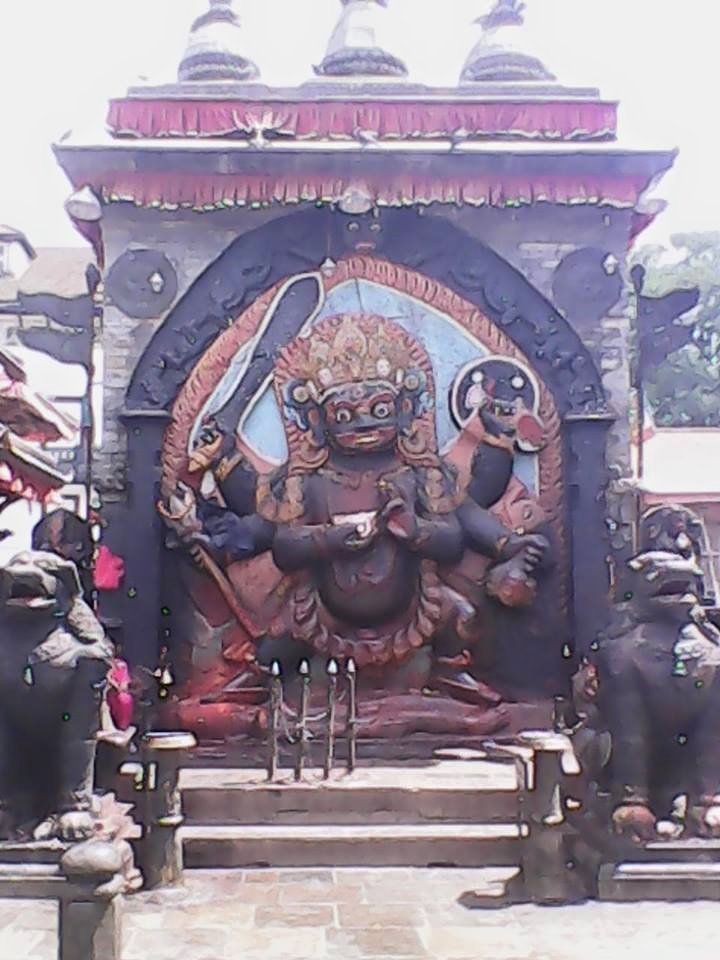 The large relief of Kalabhairava frightening manifestation of the god Shiva in the role of an avenger looks down on passers-by the defeated demon lies at the foot of the six-armed god. The strong religious faith of the people stems from their belief that sacred country was the birthplace of Buddha. For many centuries this was of Buddhist power and culture and it is here that the largest number of temples is found dedicated to numerous deities.

The Shiva Parvati Temple dates back to the early years of the Shah dynasty, its five sectioned portal-like frame feature text that is believed to be ancient Nepalese writing. Lions guard the entrance to Shiva and Parvati, and evil spirits against entering the colorful life of these ancient temples are constantly observed by the gods.

Jagannath is one of the oldest temples on the Durbar Square having always been well tended the original building dates back to 1560 as does the adjacent Telaju Temple. Jagannath is a special form of Krishna, the temple is the embodiment of the mighty mountain of Meru that is based on cosmic principles, within this huge temple complex the world of the Hindu gods unfolds in all of its glory and in accordance with the god, Krishna with tantric eroticism. In various secret tantric rituals sexual unity is of great importance. In the beginning, they were based on special aesthetic principles that following many modifications are no longer recognizable traditional ceremonies are repeatedly celebrated such as the festival of the children that is a symbol of fertility and sexual purity various sacrifices are given to the children will turn to present them to Jagannath. Today it’s difficult to believe that in former times the monastery like palace complexes was connected solely by footpath, the empty spaces were built on and the paths transformed into streets.

This three-story temple is dedicated to the god Degula and was built by Malla King within complex to demonstrate the connection of this god to the royal family. Three rules and a five-step high pedestal were designed to emphasize the power or both the goddess and the king over the neighboring cities. 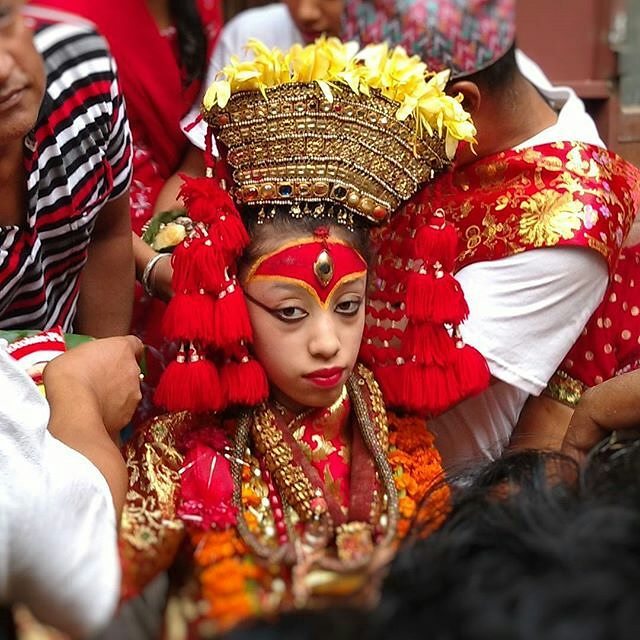 Kumari Chowk is the residence of the living Goddess Kumari. For this rule, a young girl is duly selected and disallowed from leaving the palace until puberty. Her task is to affirm the king his power. Thus she is locked in a darkened room and has shown frightening demonic masks, the girl must be fearless, for that is a sign of divine determination. The façade of the Buddhist monastery is decorated with an abundance of wooden carvings. However, once a year the young girl is focal of a procession through the streets of Kathmandu occasionally she lances out of a window into the Country-ward. Following their term of office the Kumari receive a pension from the state because it is bad luck to have a good as a wife they seldom marry.

The large hall of the Kasthamandap was constructed during the 11th century and it said that it was built from the wood of a single tree. This was the assembly for the hall of the royal monarch. At first sight, these substantial looking buildings on the southern edge of Durbar Square does reveal its historical significance.

Around the Old Royal Palace, the Shah and Rana rulers bequeathed a number of great Monuments including the nine-story palace tower of Basantpur which can still be claimed, The tower was built as a symbol of the victory over the Malla rulers and it’s rueful windows adorned with the most beautiful wood carving in Nepal. Loyalty once looked out on the safe distance of this palace tower on life in the square below. Today the square is still a busy place, there’s the lively abundance of traders, place of joy colors and exotic aromas. 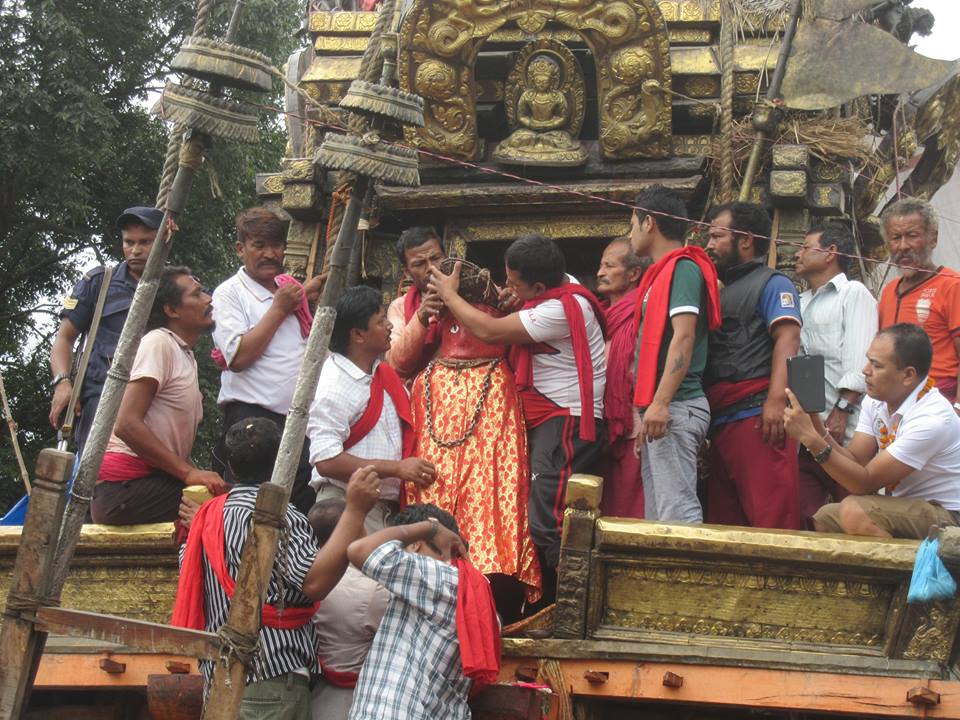 The northern part of the old town is situated between the ancient trading routes to Tibet, that begins in Durbar Square. This is richly gold-plated Matsyendranath temple. The religious Nepalese regard each animal as a messenger of the gods. Thus, these creatures are also treated with great honor and affection and sacrifice the people buy corn to feed the doves. The worship of the popular god Matsyendranath who is very well known to the Tibetans dates back to the 10th century.