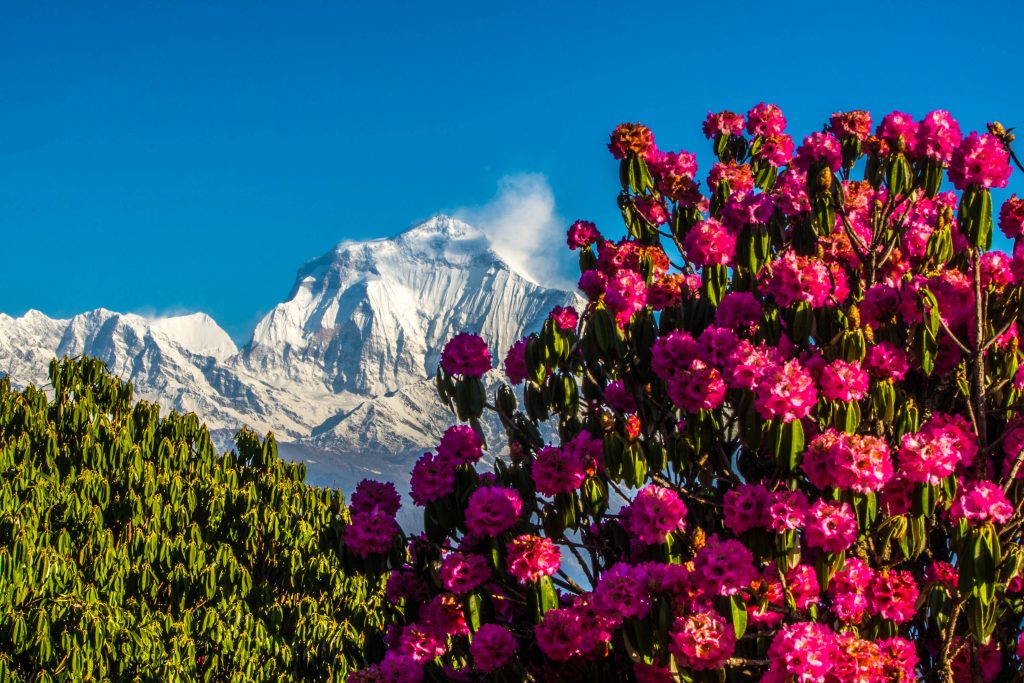 Nepal has four seasons such as autumn (Sep. Nov. and Oct.), winter (Dec. Jan. and Feb.), spring (March, April and May) and monsoon (June, July, and Aug.). During the autumn season, the nights are cold in the mountains, but the bright sun makes for pleasant daytime temperatures. At a higher altitude, temperature range from about 20°C down to perhaps -10°C at night. Morning is usually clear, and then clouds build up during the afternoon, disappearing at night to reveal spectacular starry skies. 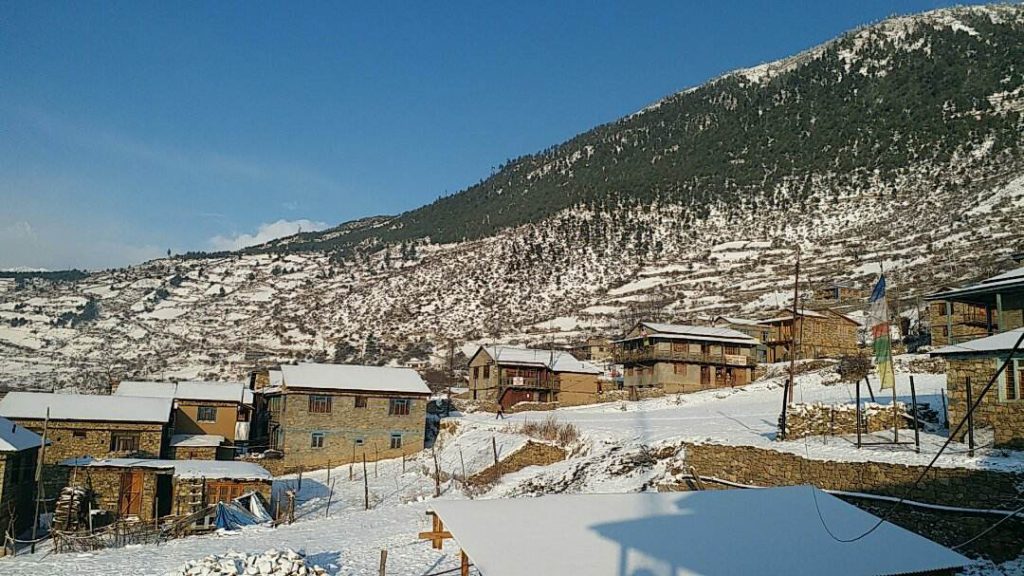 During the winter season-high passes, especially the Thorong-La pass on the Annapurna circuit trekking, Ganjala pass, Chola Pass, Renjola Pass, Khongmola pass, Lauribina pass, Gosaikunda pass is usually closed. Short and easy trek in middle hills is the best at this time. Heavy snowfalls does especially during the January, February and March in mountain areas.

Spring season brings warmer weather, but more frequent storms and considerable snowfall at higher altitude. Birds and flowers, especially rhododendrons, are seen at the lower altitudes. Toward the end of March, haze-caused by dust from the plains of India and smoke from local fires often obscure distant views. In addition, it becomes much warmer in the region below 3000 ft.

Trekking in Monsoon (June to Aug.) can be undertaken by the keen or experienced. Rain, mist and fog can be expected almost daily, but clouds part occasionally to give spectacular views of the mountains. The floors are usually at their most colourful. Leeches abound in middle elevation forests. Mountain weather is highly unpredictable. Classic signs of a storm approaching, such as cirrus clouded sky, or a fall in barometric pressure can be misleading. Best time for trekking in Nepal is autumn (September, October-November) and spring (March, April and May). Short treks and some Tea Houses treks can be done during the winter or summer season as well. You need to be prepared for sudden weather changes while trekking. That’s why trekking equipment should be chosen carefully before the trip. Sudden rain storms or snow are always a possibility which needs to be considered. The weather during the trekking season is somewhat more stable. “Asian Hiking Team” pays a big attention to weather forecasts.