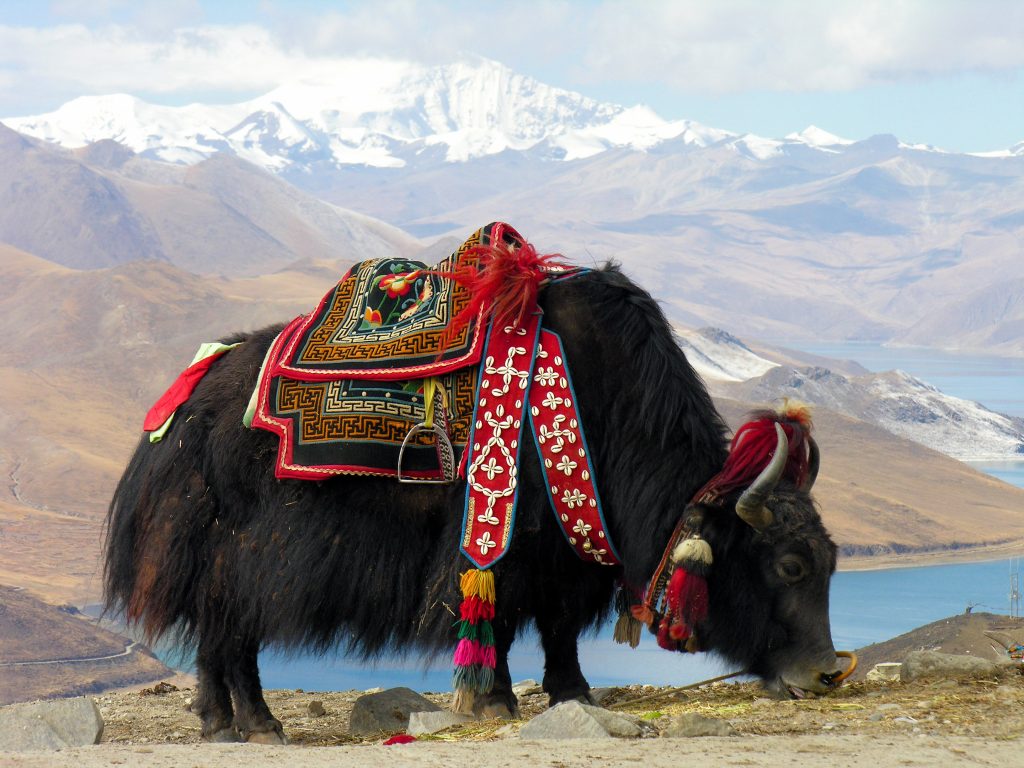 Yaks are both domestic and wild animals found at the higher ranges of the Himalayan mountains. They have been domesticated for well over a millennia and are useful for a large number of reasons. While domestic yaks are found all over, wild yaks are endangered animals and now only found in remote regions of the Himalayas. Yaks are found anywhere from 3,200 to 5,400 meters and will not thrive at lower altitudes. 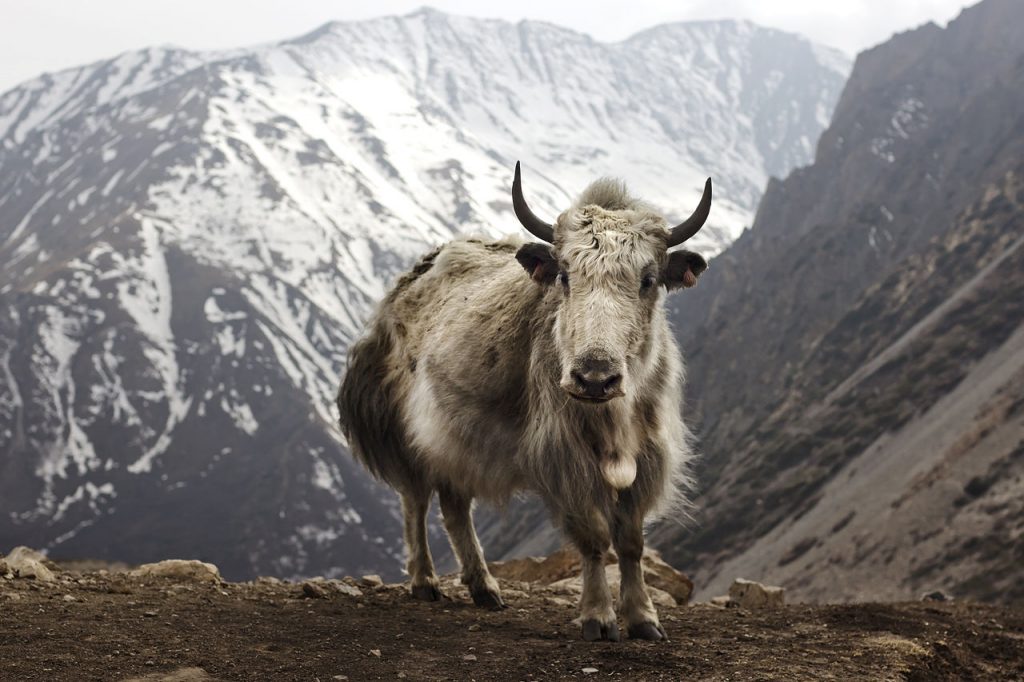 The yaks are easy to spot – they can be up to two meters tall and up to a metric ton in weight. They look like the cow equivalent of a hairy mammoth, their colour ranging from colour ranging from golden blond to pitch black. They have large curved horns that can grow as long as forty inches. Yaks are well adapted to high altitudes as they have a slower rate of respiration then other animals. This is because the concentration of red blood cells in their body is higher than in other animals. 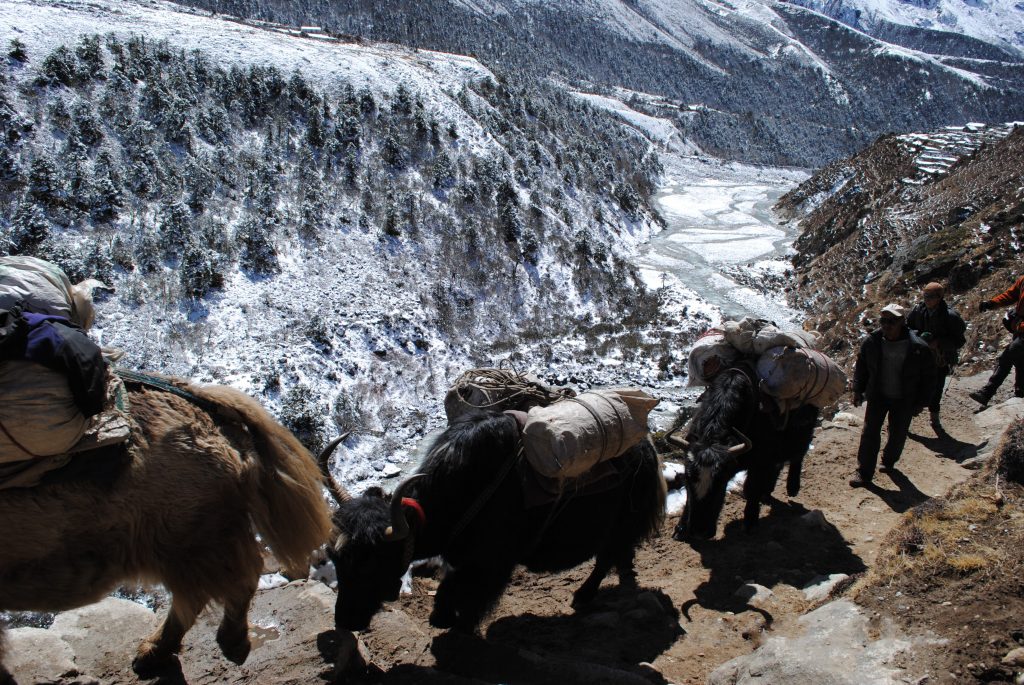 Besides a form of transport, yak is also used as food. Yak meat is high in protein, contains only one-sixth of the fat of beef, and makes a fine Everest trekking meal when served with noodles. Nothing of the yak is wasted in Nepal; the horns are used as cutting implements or decorating purposes. Even the head of the yak is sometimes served for dinner, especially as part of New Year celebrations. The yaks themselves eat grass and often have to tunnel through several feet of snow to reach their food. They have learned to eat snow when they are thirsty because unfrozen water cannot be found. 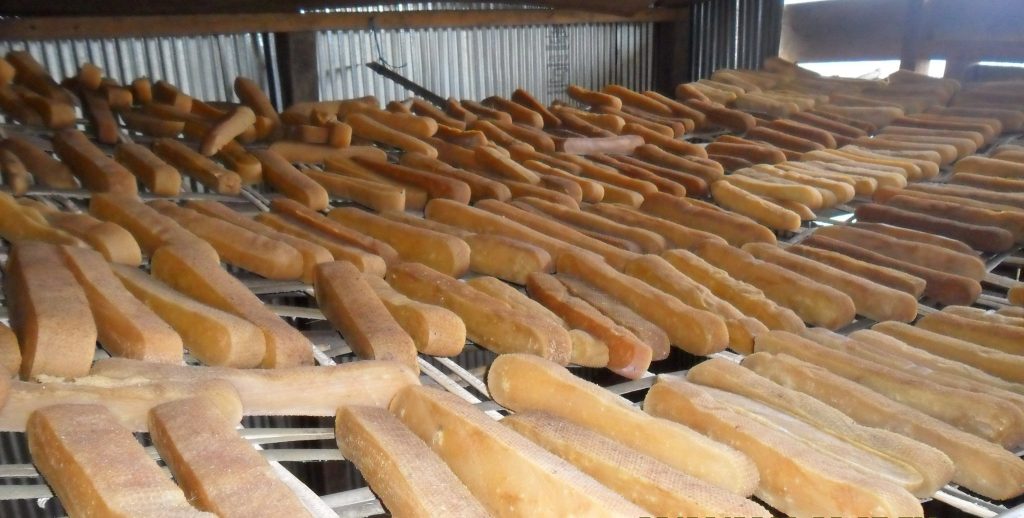 Yak milk is full of goodness. It is yellow in colour and is mostly used for butter and yoghurt. These make high energy food to keep people fuelled-up for their Everest Base Camp Trek. It is so fat-rich that it can also be burned as lamp oil. In the Himalayas, most of the meals are cooked on a traditional yak dung stove. This is, in fact, a brilliant and environmentally friendly way of cooking. Trees are sparse in Nepal and considered too important to burn, and so the dung of yak is dried and used as a convenient source of renewable fuel. 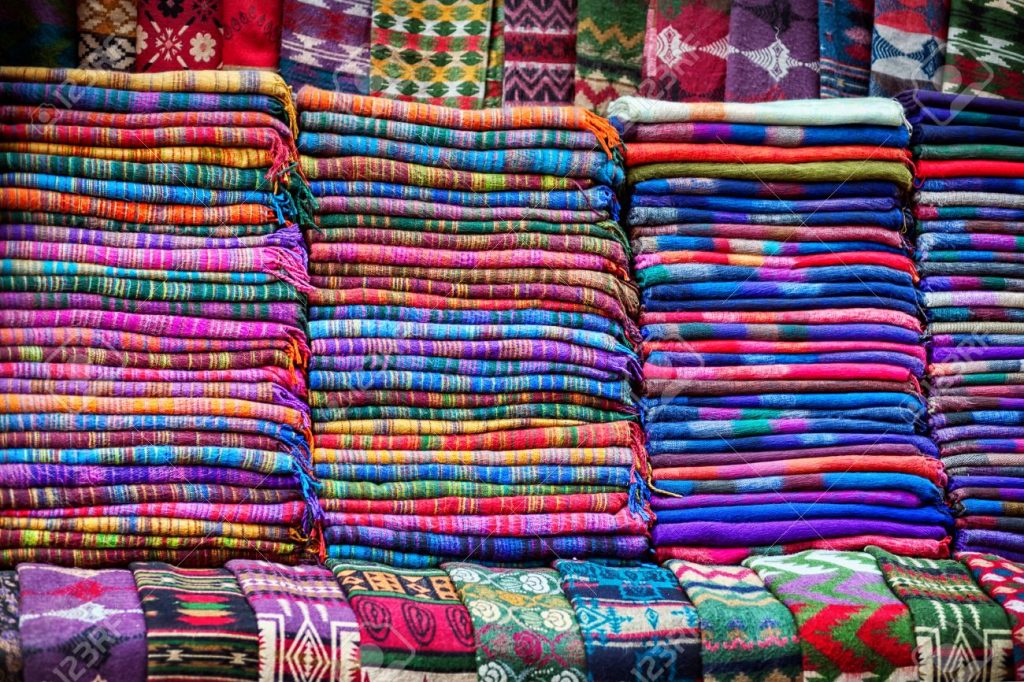 Yaks are useful in other ways too. They can provide warmth with their fur. Yak fur can grow to as much as two feet long and might be used for clothing along with yak wool. It can also be made into ropes and sacks. It is even used to make hairy tents. The yak fur allows smoke from inside the tent to escape, while the oil in the fur keeps water from penetrating inside.

In places where they are considered to be the messengers of God, yaks hold religious importance. People in the remote mountains also use the fresh blood of a yak as medicine. They believe the blood can cure many diseases and are ready to pay as much as $1 for a glass of yak milk.

When you add up all the benefits that this local beast can offer including transport, baggage, shelter, clothing, tools, food, drink, and fuel for heating and lighting, I am sure that you will agree that on your Everest base camp trek, nothing is more useful than the yak. Not even a Swiss Army Knife!

AT WHAT MOUNTAIN RANGE IS MOUNT EVEREST?