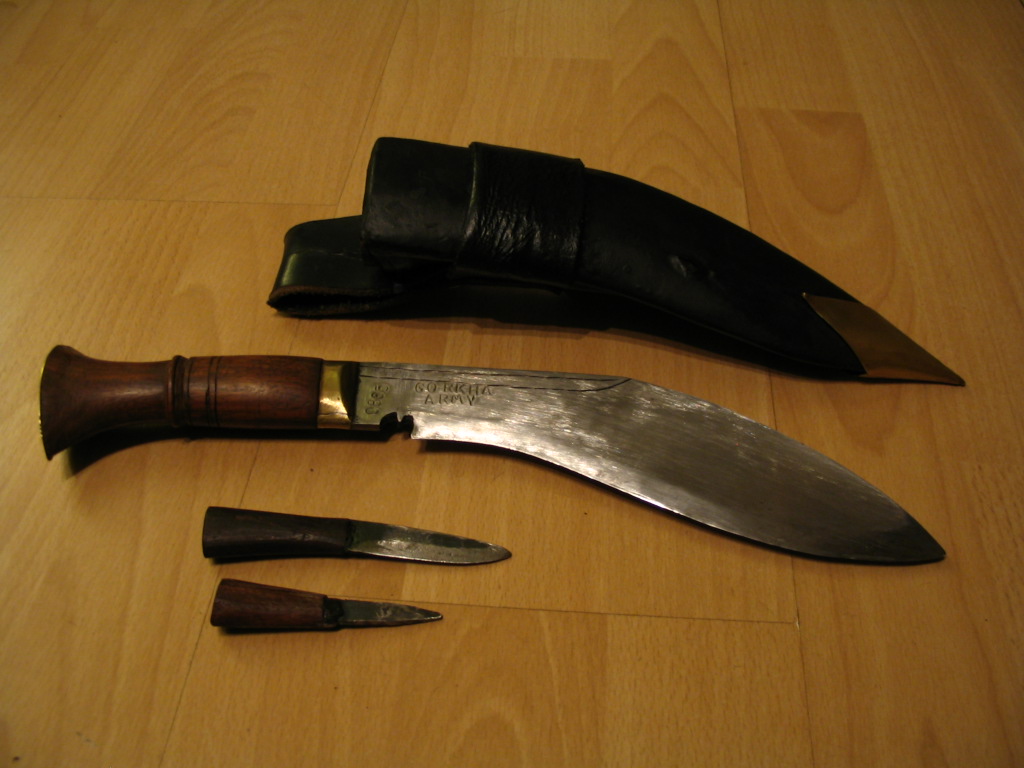 The Khukuri is the national weapon and utility knife of the Nepalese people.

It holds a unique place in Nepalese culture as more than just an exquisite example of local craftsmanship, or even a symbol of national pride, valor in battle, and personal bravery; although it is all of these things and more.

The Khukuri is a knife, originating from the Indian subordinates, associated with the Nepali speaking Gurkhas of Nepal & India. The knife has a distinct recurve in the blade. Used as both a tool and as a weapon in the Indian subcontinent.

Traditionally, it was, and in many cases still is, the basic utility knife of the Gurkha. The khukuri often appears in Nepalese and is used in many traditional rites such as wedding ceremonies. It is more to us than just a weapon: It serves an equal role in peacetime, as the traditional, all-purpose knife and working tool of the Nepalese people.

It is also an important and integral part of our Nepalese culture.  It represents our history, traditions, and spiritual beliefs. It serves as a symbol of wealth, social status, and prestige in Nepalese culture. It even has a clearly defined social role as an article of dress. For example, no well-dressed Nepalese groom would ever think of appearing at his wedding ceremony without his finest khukuri at his side. 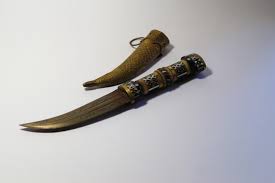 None of us precisely know the fact as to how khukuri originated or who initiated it. The original place and date have also lost in the midst of time. Even the spelling has been disputed or butchered (Kukri, Khukuri, Kukuri etc) since someone first tried to describe this knife.When the kingdom of Nepal was first created in the 16th Century, it was already the weapon of choice for the Gurkhas and their predecessors, the Nepali Sainik (warriors or soldiers).

Some also believe that khukuri originated from a form of knife first used by the Mallas who came to power in Nepal in the 13th Century.  The knives possessed by the Mallas are very similar to that of the today’s khukuris. Similarly, some claim that the khukuri was first used by Kiratis who ruled Nepal before Lichchhavi age, in about 7th Century. Present days’ khukuris shape could well have been descended from the ancient Kiratis’ knives as well.

The Nepalese khukuri has the unique distinction of being the only ancient battle weapon still in use in the field today – a distinction that is absolutely unique in the entire history of edged weaponry. The khukuri first gained notoriety in the West for its ferocious effectiveness against the British troops who encountered it in the Anglo-Nepali War.The mutual respect each side gained for the other in that war forged the British-Gurkha alliance that continues to this day.

This emblematic weapon continued to serve the Gurkha warriors who wielded it through World War I, and World War II. During these conflicts, the knife gained high regard among allied and enemy troops alike, for its effectiveness and utility. 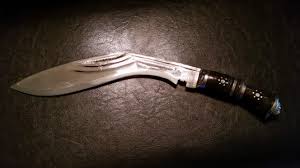 The Khukuri is an icon of Nepal. It was and still is the basic & traditional utility of Nepalese , a formidable and very effective weapon of gurkhas regiment throughout the world and an exquisite piece of local craftsmanship that symbolic pride and valor.Because a Gurkha and his khukuri are inseparable, it was formally adopted as official military issue gear under British leadership – each Gurkha carries one as a part of his “kit,” in both parade and battle. No Gurkha would ever think of going into combat without one.