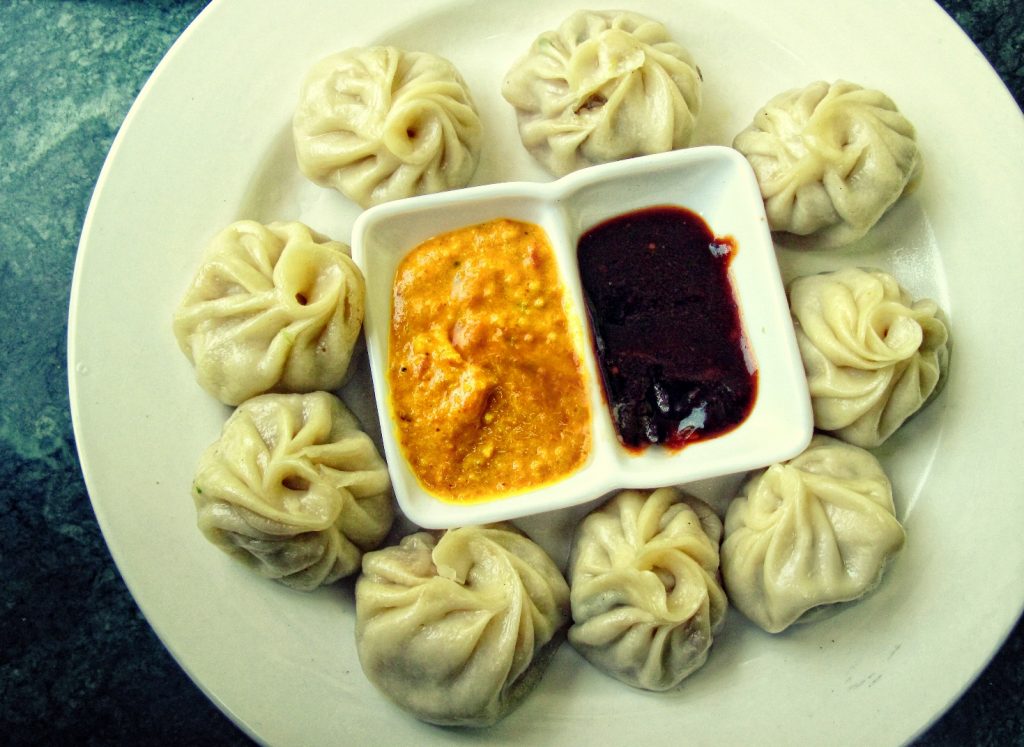 Momo (Dumpling) is a very popular in Nepal. It is steamed meat or vegetables wrapped in flour dough. It is very popular in Nepal and generally eaten as snacks and tiffin. Momo can be both vegetarian and non-vegetarian.  Especially around Kathmandu, buff Momo is popular. Nepali call buff momo for buffalo meat momo. However, chicken and mutton (goat) momos are equally popular in the country. Momo is eaten with Momo Achar.  When one asks for momo it is served with achar. Sesame and Tomato achar is the main achar of momo.  Momo is also called Kothey and Momo-cha.

The dish is believed to be of Tibetan origin and since then has spread to neighbouring countries along with the influx of the Tibetan diaspora. Since this dish was initially popular among the Newar community of the Kathmandu Valley of Nepal, one prevalent belief is that travelling Newar merchants brought the recipe and the name momo from Tibet where the Newar Merchants used to go to trade. Originally, the filling of the dish was typically meat, such as yak, due to the scarcity of vegetables in Tibet. However, after arriving in India, the momo was made vegetarian in the modern era to feed the large population of vegetarian Hindus.

In Nepal, the traditional momo is prepared with ground meat filling, but over the past several years, this has changed and become more elaborate.  These days, momos are prepared with virtually any combination of ground meat, vegetables, tofu, paneer cheese, vegetable & meat combination. Today, momos are given fancy names such as meetho momos, swaadista momo, raseelo momos, Himalayan momo and the list goes on and on.  For meat filling, any variety of ground meat, such as goat, lamb, pork, water buffalo, yak, chicken, turkey and seafood combined with fresh herbs and spices can be used for filling. Sometimes two different kinds of meat and vegetables are used to give a different taste. 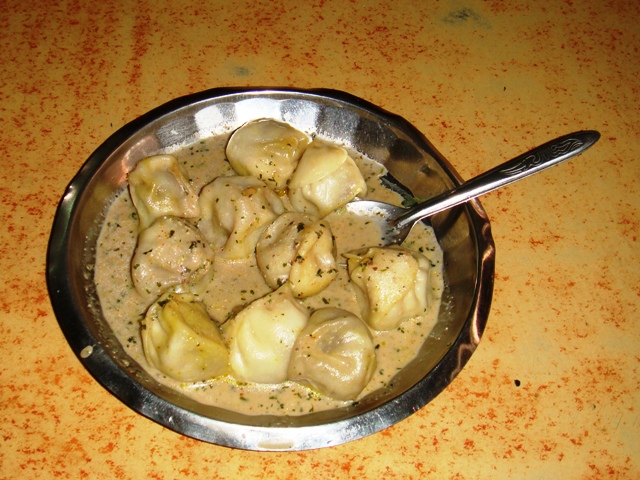 Usually, the momos are steamed and are found in every other restaurants and cafe’s in Nepal. These scrumptious juicy momos are filled with minced veggies or meat and are put in dumpling steamer. Everest momo, Sandar momo and Magic momo are few of the most popular momo places in Kathmandu. 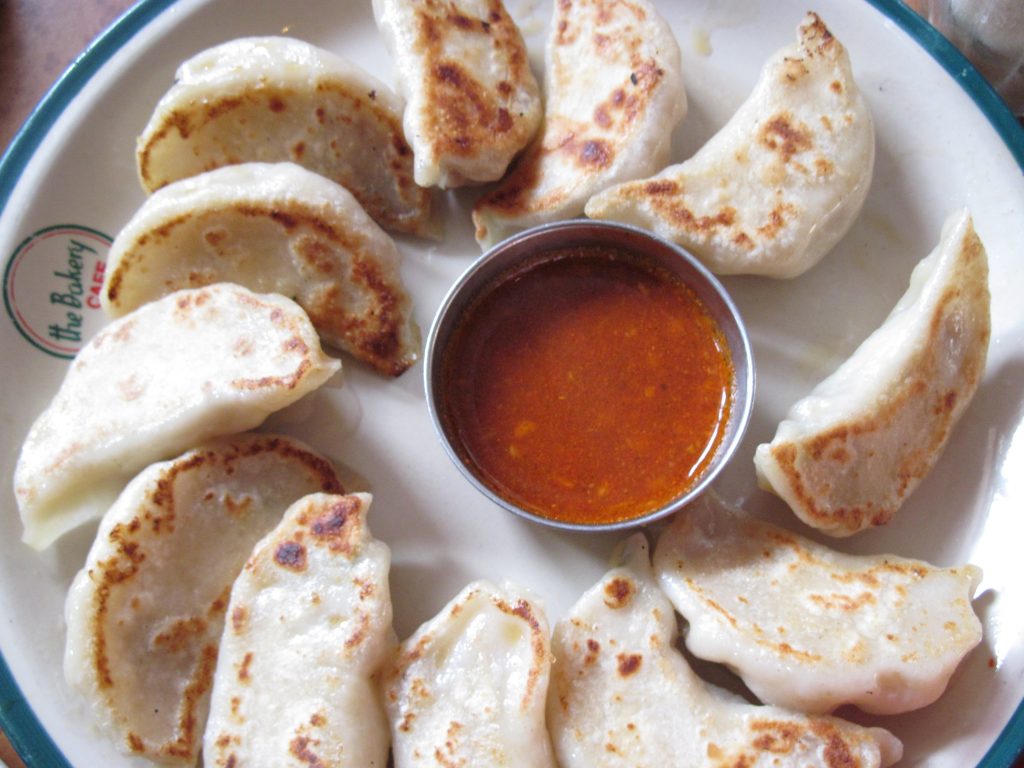 Kothey momo are half fried and half steamed momo which are made in an elongated shape. The filling can be either veg or various kinds of meat; chicken, buff and pork are mostly available. 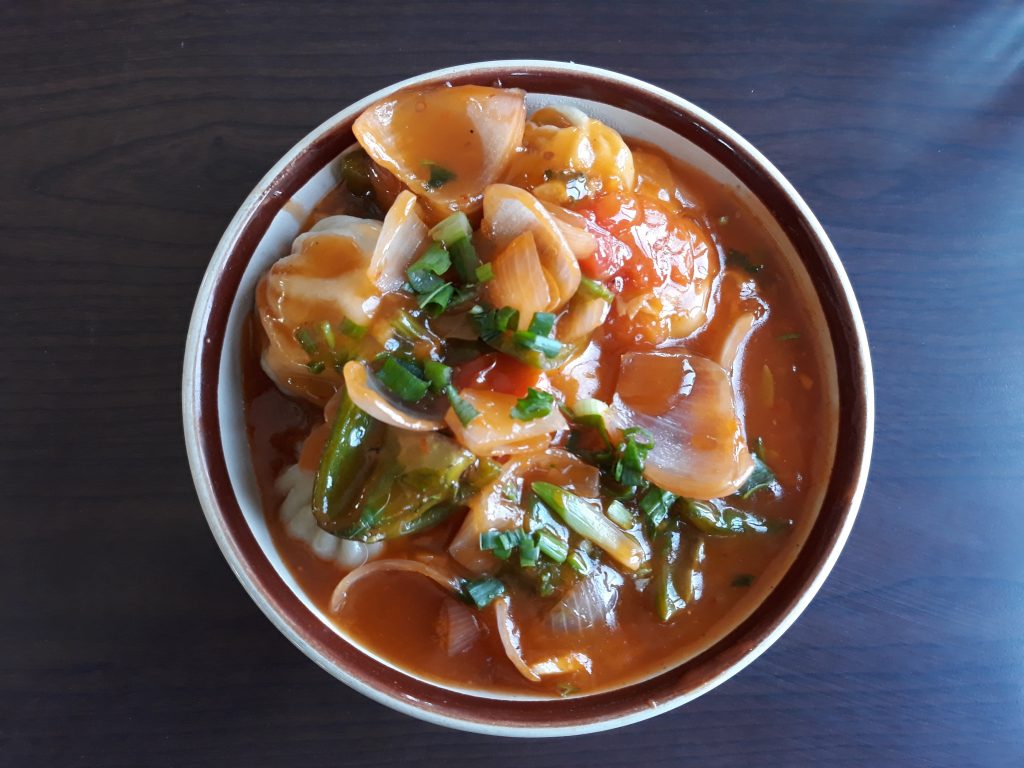 Commonly known as C. momo is your regular momo dipped in a hot and spicy sauce. If you are willing to try something hot and spicy then, C. momo is your best answer. Try this once; we bet you won’t regret it. Okay, you may, but that will solely depend upon your ability to consume spicy things. 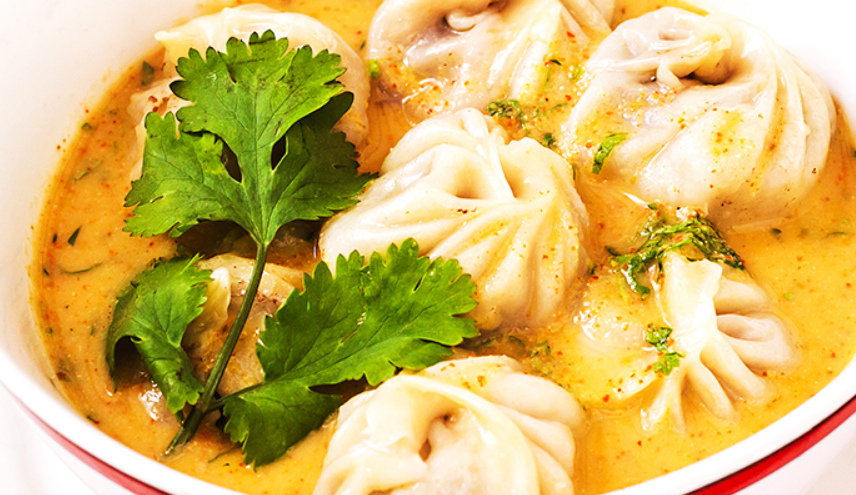 Jhol momo is very famous and much loved steamed Nepali dumplings served with jhol achar (soup). It is an easy find in any restaurants and street hawkers in Kathmandu. The jhol achar is in house specialty of momos that you get in Kathmandu. 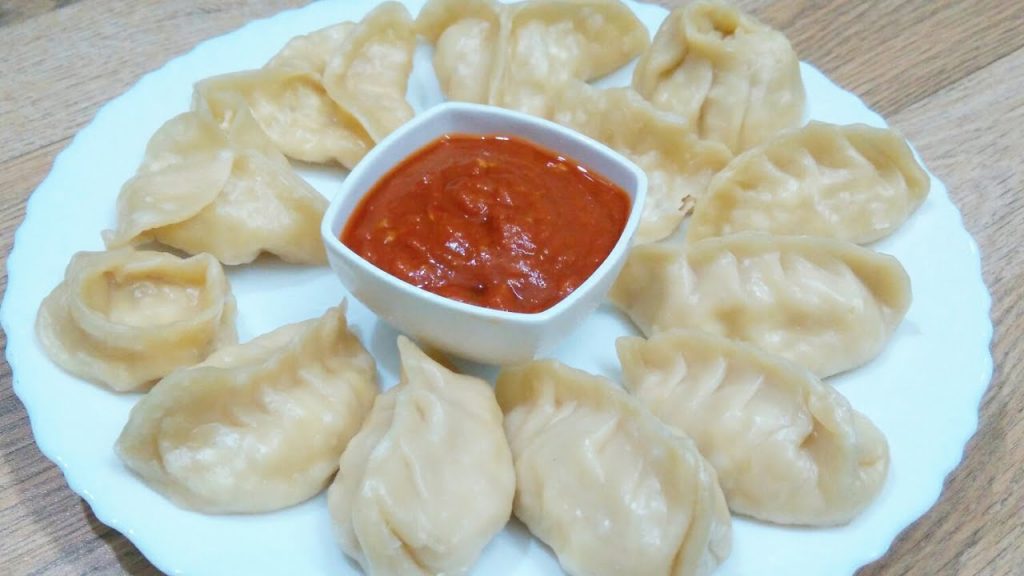 The dough of the momo is stuffed with either Paneer, Khuwa or Cheese and is served with achar. Although, it sounds a bit unusual, consuming dairy product in the form of momo is always an option. 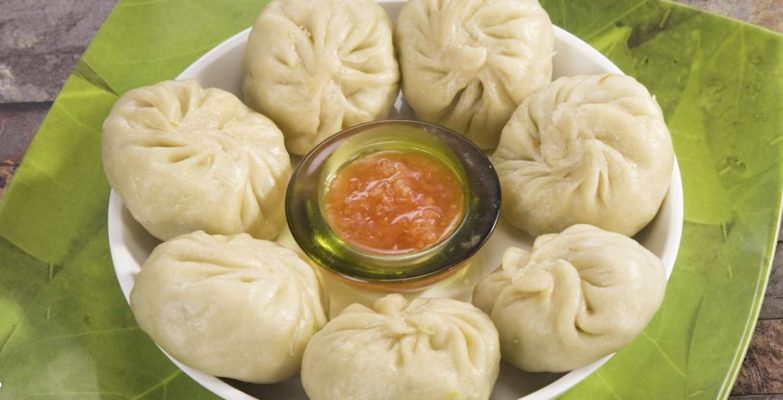 These giant momos are a bigger version of a regular momo. Some refer to them as Tibetan MoMo, and they are a close version of Chinese Da Pao. As big as child’s fist, they as good as other types. The thickness of dough is not something many people are used to, but hey, it is filling and tastes great. Such momos are more commonly available in places with many of ethnic Tibetans, hence the name, probably

Traditionally Nepalese prefer the meat that has a lot of fat, because it produces intensively flavoured juicy momos.  The best momos are always juicy, so sometimes a little oil is added to the leanest types of ground meat to keep the filling moist.  All sorts of vegetables can be used to create the vegetable filling.  The vegetables must be cut into very small pieces, and flavoured with fresh herbs and spices and cooked lightly before used for filling. The filling mixture should not be watery, as it will be difficult to seal the dough wrappers as the filling mixture will fall apart. Potatoes and cabbage are a popular vegetable combination.